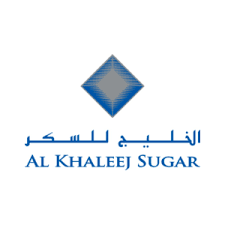 Al Khaleej Sugar – literally meaning The Gulf Sugar – appropriately derives its name from the fact that it is the first sugar refinery in the Arabian Gulf Region.

Based in Jebel Ali in Dubai, Al Khaleej Sugar has current production capacity of 6,000 tons of refined white sugar per day, employing about 800 personnel. Since the commencement of production in July, 1995 it made remarkable progress to achieve the status of the largest standalone sugar refinery in the world. Plans are afoot to increase the capacity of the refinery to 7,000 tons per day to meet the growing global demand of refined sugar, which was achieved in April 2016 with a new set record of 7,370 tons in one day. In 2017, the refinery set another record in terms of highest ever-annual production of refined sugar at 1.87 million tons.

Our products are regularly exported to over 50 countries, including the regional countries in the Arabian Gulf Region.