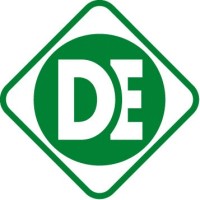 The company began its work in the UAE in 1952, Dubai, and has implemented many of the government and private projects at the time, including, for example the municipality building, the old Palace of the late Sheikh Ahmad Al-Thani in 1955, and the runway first with building Hall of departures at the airport of Dubai in 1962 and the other diverse projects, and then the establishment and implementation of short Supervisor Abu Dhabi in 1967, in addition to the construction of the Abu Dhabi International Airport (ventricle) and the internal roads of the city of Abu Dhabi in 1968 and to the establishment and implementation of the Beach Palace and the establishment of main water reservoir in Abu Dhabi in 1969 and culminated in the 1970 establishment of vital road speed which link the emirate of Abu Dhabi Emirate of Dubai (the corridor I) and then in 1973 the completion of (passage II) and was the company’s pride and honor the establishment of the building (Union House) in Dubai, which is hoisted the flag of the UAE for the first time in 1971 and in support of the path of success the company has opened branches in each of the emirates of Sharjah and Ajman and Fujairah. And taken to the implementation and the establishment of government and private projects such as roads, bridges and intersections, government buildings and private, towers, palaces and villas, shopping centers, sports clubs, airports, military facilities, dams and infrastructure networks.