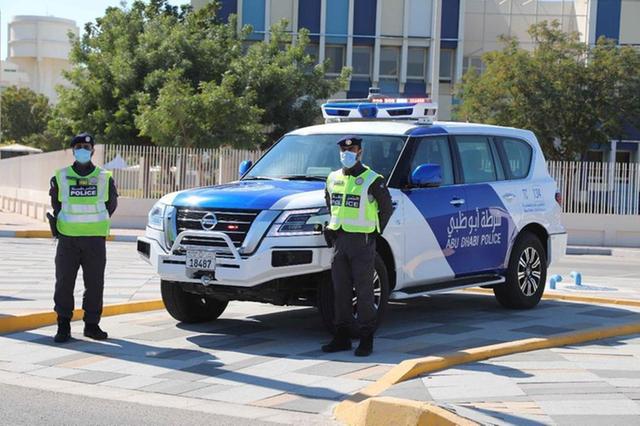 The proceeds from the charity auction series will go towards the 1 Billion Meals initiative, launched by His Highness Sheikh Mohammed bin Rashid Al Maktoum, Vice President and Prime Minister of the UAE and Ruler of Dubai, the largest in the region to provide food support to the underprivileged and undernourished in 50 countries.

The auctions support the humanitarian goals of the 1 Billion Meals initiative, which is seeking to send one billion messages of hope and solidarity from the UAE to those in need around the world – especially at a time when food prices are rising globally and hunger threatens more than 800 million people.

Journey of more than 50 Years

Major General Khalifa Mohammed Al Khaili, Director of Finance and Services sector at Abu Dhabi Police, confirmed that under the directives of His Highness Sheikh Khalifa bin Zayed Al Nahyan, President of the UAE, His Highness Sheikh Mohammed, and Sheikh Mohammed bin Zayed Al Nahyan, Crown Prince of Abu Dhabi and Deputy Supreme Commander of the UAE Armed Forces, the UAE continues its journey of more than fifty years in charitable and humanitarian work that has impacted various parts of the world.

Coinciding with Zayed Humanitarian Day, the Most Noble Numbers charity auction in Abu Dhabi took place to support the efforts of the 1 Billion Meals initiative, where five special vehicle plate numbers were put for bidding.

The entire proceeds of the auction will go to support the humanitarian goals of the initiative by providing a food safety net that extends from the UAE to those in need in 50 countries across the globe, and address the challenge of hunger that threatens the lives of 800 million people around the world.

He noted that the donations of individuals and organisations to the humanitarian initiative will contribute to creating an extensive network to provide meals to those in need, realising the vision of His Highness Sheikh Mohammed bin Rashid Al Maktoum to involve all individuals and segments of society in charitable and humanitarian work during the Holy Month of Ramadan.

This will also support the global battle against hunger, as nine million people die of hunger annually, according to the United Nations’ World Food Programme, and 55 million people in the Middle East and North Africa suffer from malnutrition.

Donation channels for the 1 Billion Meals initiative include – the campaign’s official website: www.1billionmeals.ae; bank transfer to the campaign’s account at Emirates NBD, number: AE300260001015333439802. Donors can also opt to donate AED1 a day through a monthly subscription by sending “Meal” or “وجبة” via SMS to 1020 on the du network or 1110 on the Etisalat network. Donations can also be made through campaign’s call centre via a toll-free number 8009999.