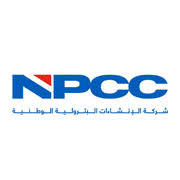 Aramco is developing the Jafurah, the largest non-associated gas field in Saudi Arabia with a capital expenditure expected to reach $68 billion over the first 10 years of development.