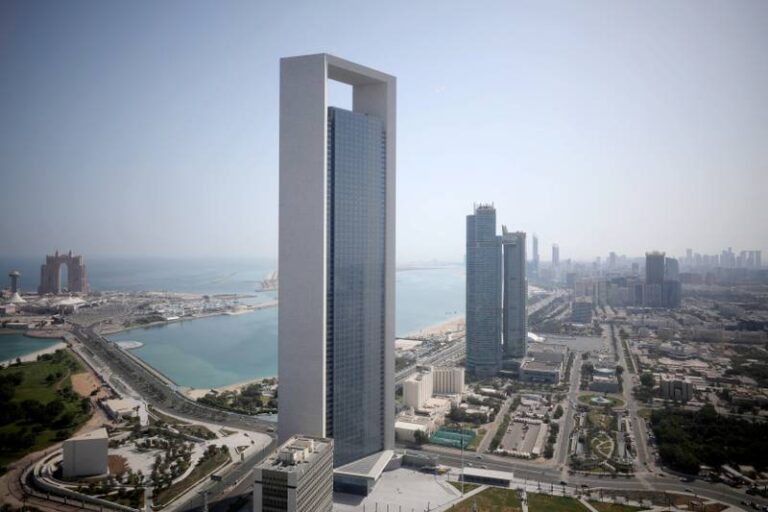 From Europe, it appears as dilemma, a paradox, a contradiction. From the Gulf, it seems much simpler. What road must oil companies travel as an energy-hungry world seeks a climate-friendly destination?

Adnoc announced Dh55 billion ($15 billion) of investments to 2030 in its low-carbon activities. This follows three other important transactions: in December, it bought Mubadala’s 24.9 per cent stake in Austrian oil group OMV, having in April purchased its compatriot’s 25 per cent in petrochemical company Borealis (the remainder is held by OMV).

Also in December, it announced a new low-carbon and international unit, particularly focusing on gas and chemicals, to be led by Musabbeh Al Kaabi, chief executive of Mubadala Investment Company’s UAE investments platform and chairman of Mubadala Petroleum’s board.

First, energy efficiency and reducing methane escape and gas flaring. The company has a target of leaking no more than 0.15 per cent of its methane, a powerful greenhouse gas.

Second, electrifying its operations with clean power sourced from nuclear and solar. Since last January, all of its grid power has come from Emirates Water and Electricity Company’s zero-carbon generation. It is in the process of halving the carbon footprint of its offshore production by connecting its platforms to the onshore electricity network.

Third, expanding carbon capture and storage (CCS) beyond the current Al Reyadah facility, which captures 0.8 million tonnes of carbon dioxide a year from the Emirates Steel plant and disposes of it permanently in Adnoc’s oilfields. The next step will be to capture carbon dioxide from the Habshan gas processing plant, then to build a “blue” ammonia plant at Ta’ziz, trapping carbon dioxide emitted in the production of input hydrogen.

Adnoc’s total CCS capacity will reach 5 million tonnes a year by 2030. Globally, about 550 million tonnes of carbon dioxide should be captured annually by 2030, from about 37 million tonnes today, according to consultancy Rystad Energy.

Fourth, investing in renewablesand green hydrogen via its new stake in Masdar, alongside Mubadala and Taqa. The restructured Masdar plans to raise its renewable capacity at home and abroad from 20 gigawatts to 100 gigawatts by 2030. This compares favourably to leading international competitors such as BP and TotalEnergies, and electricity specialists including Iberdrola of Spain, Enel of Italy and Engie of France, whose targets are in the range of 50 gigawatts to 154 gigawatts.

So why is Adnoc making these commitments now? And how does its low-carbon approach compare to those of its peers and competitors?

Along with the UAE, which has a net-zero carbon goal for 2050, countries, cities and companies representing 80 per cent of the world economy are aiming for net-zero, mostly in the period 2050-70.

If achieved — or even approached — that means they will consume less oil, gas and coal. What they do consume will make petrochemicals and other useful products, rather than being burnt. The remainder that is still burnt, will be combusted with CCS to stop carbon dioxide emissions to the atmosphere. Residual unavoidable and historic emissions will be mopped up by technological and biological methods.

Non-carbon systems continue to improve, the scope and amount of carbon taxes is increasing, and outright bans on fossil fuels are emerging, such as the end of sales of petrol and diesel cars in Europe by 2035.

European oil corporations are under strong pressure to decarbonise on all sides: government, shareholders and lenders, citizens, the legal system and their own employees. This covers not only emissions from their own operations, but from the sales of their products.

You might think it odd that this is seen as their responsibility, not just that of the airlines, drivers and factories that burn the oil and gas they purchase. But that is where environmentalist pressure and law seem to be leading.

Shell or BP or TotalEnergies could in principle eventually become non-fossil fuel companies, as wind power specialist Ørsted — formerly Danish Oil and Natural Gas — has done. The national oil companies (NOCs) such as Saudi Aramco or Kuwait Petroleum Corporation cannot follow such a path — they are stewards of subsurface wealth, and enjoy many decades of remaining reserves life. The two groups are not really competitors — and their net-zero destinations may be very different.

Tighter climate policy will steadily squeeze out oil and gas production by the western majors and the weaker state corporations. Yet hydrocarbon demand will not disappear by mid-century, creating an opportunity for medium-term expansion.

Much of Adnoc’s $150 billion overall five-year budget is devoted to expanding its oil and gas output.

So Adnoc needs to future-proof its business. Its own operational emissions, already among the global best-in-class, must fall as low as possible, so that it remains one of the “last ones standing”. And it needs to offer its customers net-zero solutions — both in oil and gas, as well as non-carbon products.

Aramco and QatarEnergy face a similar challenge. Their responses are in some ways similar — emphasising gas, petrochemicals, CCS and decarbonised operations. But they have not yet gone nearly as far into renewables and hydrogen.

Adnoc’s near-term commitments are important, ahead of the Cop28 UN climate conference to be held in the UAE in November. Before 2030, the state oil giant, along with other major national businesses, will have to expand its plans.

The answer to the paradox posed at the start is that the national oil companies’ mission is quite simple. They have to meet global energy demand with a mix of their geological endowment plus new non-carbon technologies.

Adnoc’s $15 billion commitment is not the first, but one more step on a long, arduous but necessary road.