Alpha Dhabi and Mubadala form joint venture to invest up to $2.5bn in global credit market 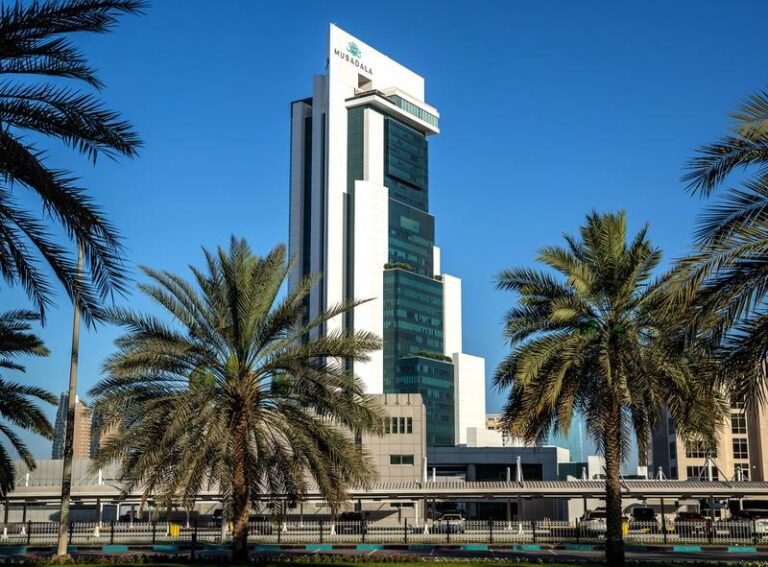 As part of the partnership, the two companies will collectively invest up to Dh9 billion ($2.5 billion) over the next five years, leveraging Mubadala’s long-term and strategic partnership with Apollo Global Management, Alpha Dhabi said in a statement on Thursday to the Abu Dhabi Securities Exchange, where its shares are traded.

Mubadala will hold 80 per cent ownership of the Abu Dhabi Global Market-based joint venture entity, with the remaining 20 per cent held by Alpha Dhabi.

“We are proud to partner with Mubadala and Apollo — both of which are renowned in this space — to address the global market need for alternative forms of liquidity and credit. The asset class provides further diversification to our portfolio and attractive risk-adjusted returns.”

The private credit industry, or nonbank lending, is estimated to be worth about $1.3 trillion. Private credit accounted for about 17 per cent of total credit last year and has increased by 14 per cent each year since 2000, about twice the rate of public credit, according to Bank of America Merrill Lynch.

In the first six months of last year, 66 private debt funds raised a total of $82 billion — compared with roughly $93 billion collected across 130 vehicles in the same period a year earlier, according to PitchBook’s H1 2022 Global Private Debt Report.

In October, Mubadala, which manages more than $284 billion in assets globally, and private equity firm KKR forged an alliance in which both companies will co-invest across performing private credit opportunities in the Asia-Pacific region to address a shortage of capital and support the long-term growth plans of businesses.

The Alpha Wave Private Credit fund is jointly managed by Chimera Capital and Alpha Wave Global and seeks to identify where there is a shortage of capital and invest in private loans, as well as other credit instruments. The fund has a global mandate, focusing on the US, Canada, UK, EU and Australia.

“By leveraging our strong existing relationship with Apollo, and combining Mubadala and Alpha Dhabi’s investment expertise and capital, we have created a powerful platform to access investment opportunities around the world while driving synergies across Abu Dhabi’s ecosystem,” said Hani Barhoush, chief executive of disruptive investments at Mubadala.

The companies said allocations to the growing private credit asset class have continued to gain traction and are considered a channel that can generate strong returns and provide an effective downside protection as central banks raise interest rates globally, inflation and market volatility persist and the world economy is set to slow down this year.

The US Federal Reserve raised interest rates seven times last year and has signalled more increases this year as it aims to bring inflation, which hit a four-decade high last year, down to its 2 per cent target. The Bank of England and the European Central Bank have also raised interest rates.

“At Apollo, we believe this is an attractive time to deploy capital across private credit markets and are excited to continue building our relationships with Mubadala and Alpha Dhabi, coming together at a time when private markets are prime for investment against a backdrop of broader public market stress,” said Craig Farr, Apollo partner and head of Apollo Capital Solutions.