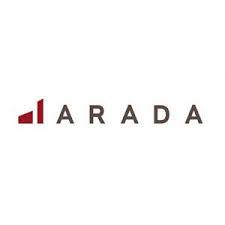 UAE developer Arada has announced the launch of the fourth phase of its mega woodland community development – Masaar – in Sharjah. Azalea features a total of 566 homes ranging from two-bed townhouses to six-bed villa units.

Annoucing the project launch, Arada said the release of Azalea was brought forward due to the rapid sell-out of the first three phases of Masaar, where the opening of the central entertainment district and show villa in September has resulted in a significant increase in sales.

Azalea consists of 566 homes ranging from two-bedroom townhouses to six-bedroom villas, which are being introduced for the first time within Masaar.

Azalea is located over the north side of the Masaar master plan, with all homes within easy walking distance from the community’s international school. Every home in Azalea will be completed by the end of 2024, it added.

On the new launch, Group CEO Ahmed Alkhoshaibi said: “The rapid sale of homes at Masaar shows that Arada has the correct strategy in place to deliver the right product to meet the needs of investors and aspiring homeowners.”

“In the past few weeks since the opening of the Masaar Discovery Center, we have seen a surge in demand driven by visitors’ ability to experience the unique landscaping, high-quality development and exceptional designs for both homes and public spaces,” he noted.

According to him, Masaar was launched in January 2021 with an award-winning master plan design aimed to encourage healthy, active lifestyles with idyllic surrounding woodland and superb sporting and entertainment facilities.

“Valued at AED8 billion and containing 4,000 homes spread over seven gated districts all linked by a ‘green spine’ featuring 50,000 trees, the full Masaar master development is now over 30% sold out, cementing its status as one of the bestselling off-plan projects in the UAE,” he stated.

The next milestone for delivery in December will be the completion of the Masaar buffer zone, the border that runs around the outside of the community.

This zone will contain thousands of trees and feature two professional looped cycling and jogging tracks, each 6.6 kilometres in length, he added.