BEEAH starts operations at its RDF plant in Sharjah 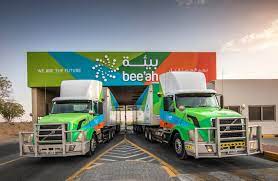 UAE’s official news agency WAM said in a report that the facility will convert commercial waste into high-quality Refuse-Derived Fuel (RDF) for use as alernative to coal in cement factory kilns.

The plant’s production capacity is 85,000 tonnes annually, at a rate of about 250 tonnes per day, the report said, adding that the plant will initially supply 73,000 tonnes of RDF to Sharjah Cement Factory.