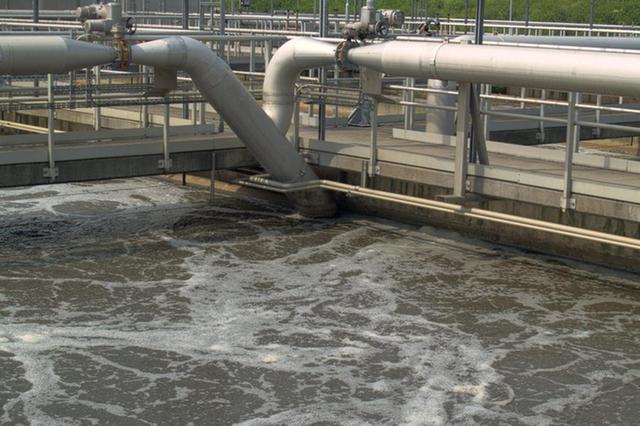 Leading infrastructure major Besix has announced that its flagship sludge-to-energy project in the nothern emirate of Ajman has successfully passed performance and reliability tests. A first-of-its-kind facility in the UAE, it complies with all European safety regulations for biogas plants.

Designed and built by Besix Middle East for Ajman Sewerage (Private) Company Limited (ASPCL), the facility transforms what was previously considered a waste stream – sewage sludge – into a valuable source of sustainable energy.

The facility permits the on-site production of green energy covering up to 50% of the electricity consumption of the ASPCL wastewater treatment plant in Al Jurf.

The facility comprises two power generators with a combined capacity of 2.4 MW, which is equivalent to the energy consumption of 2,000 households in the UAE.

Since 2002, ASPCL has played a central role in managing the wastewater of Ajman. The company currently purifies 120,000,000 litres of wastewater per day, equivalent to the daily sewage flow from Ajman.

Sewage sludge is a residual organic by-product of biological wastewater treatment, which sewage treatment plants have historically disposed of in conventional landfills.

The Ajman Sludge-to-Energy facility digests the sludge to produce biogas, which is then used to generate heat and electricity that is used in the wastewater treatment plant itself.

This solution has environmental advantages. In addition to reducing the wastewater treatment plant’s reliance on the public power grid and providing a circular solution, the digestion process allows for a significant reduction of the sludge quantities, whilst avoiding the uncontrolled fermentation of unstabilised sludge which releases large quantities of greenhouse gases, generates odorous nuisance and poses a potential risk to public health.

In addition, the facility paves the way for further environmental upgrades such as the implementation of solar sludge drying and the use of Fat, Oil and Grease from restaurants grease traps to boost the facility’s electricity production potential.

The new facility is fully aligned with the UAE Federal Government’s strategic environmental and energy objectives and it complies with the relevant European safety regulations for biogas plants.

The contract for designing and building the facility was awarded to Besix Group by ASPCL in 2019, and construction continued throughout the Covid-19 period.

This required a high level of creativity and flexibility from the project team and seamless cooperation between all stakeholders, including the local government electricity provider EWA (Etihad Water & Electricity), said the statement from Besix.

This is the third Sludge-to-Energy project that Besix has successfully commissioned in just five years. In the Netherlands, it had implemented similar biogas production and energy recovery schemes, including 100% energy-neutral facilities, it added.