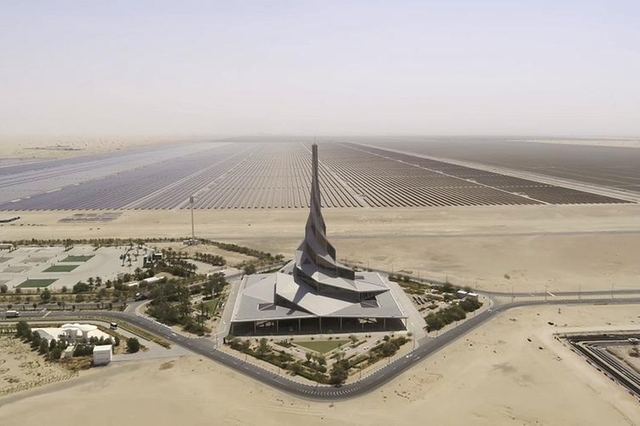 Dubai Electricity and Water Authority (DEWA) has announced the appointment of a consortium of companies led by Ernst & Young (EY Consulting) to provide consultancy services for implementing the 6th phase of the Mohammed bin Rashid Al Maktoum Solar Park based on the Independent Power Producer (IPP) model.

The 900MW 6th phase, which will use photovoltaic solar panels, will become operational in stages between 2025 and 2027.

The Mohammed bin Rashid Al Maktoum Solar Park, implemented by DEWA based on the IPP model, is the world’s largest single-site solar park. Its total production capacity will reach 5,000 MW by 2030 with investments of up to AED50 billion. The current production capacity of the solar park is 1,827 MW using photovoltaic (PV) solar panels.

DEWA is implementing other projects at the solar park with a total of 1,033 MW using PV and Concentrated Solar Power (CSP) technologies. Upon the completion of the 6th phase, the solar park’s production capacity will reach 3,760 MW. Since its launch, the solar park has attracted broad interest from international developers, which reflects worldwide investor confidence in the major projects implemented by DEWA in cooperation with the private sector, using the IPP model.