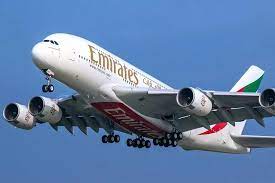 Dubai’s long-haul operator Emirates Airline has deployed for the first time since 2020 its superjumbo aircraft to New Zealand due to increasing travel demand.

The A380 flight, which has just made a touchdown at Auckland Airport, has made Emirates reclaimed the title for operating one of the world’s longest non-stop scheduled commercial flights, with an estimated travel time of under 16 hours from Dubai to New Zealand and a little over 17 hours on return.

The A380 service takes off from Dubai International Airport at 10:05 am and lands in Auckland at 11:05 am local time.

The airline had stopped operating its double-decker service to New Zealand in February 2020.

New Zealand is one of the few states that ended most COVID-19 restrictions recently, with mask rules and vaccine mandates scrapped only last September.

The country’s flag carrier Air New Zealand has recently seen an increase in bookings and expects around 2.8 million flyers during the holidays, between December 15, 2022 and January 31, 2023.