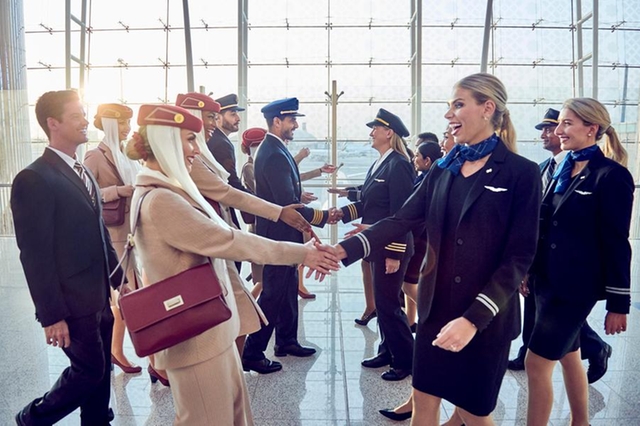 The “historic” commercial agreement will see Emirates passengers bound to three major business US hubs – Chicago, San Francisco and Houston – easily connect onto United flights to and from nearly 200 cities across the Americas on a single ticket starting from November.

In March 2023, United will also launch a new route, flying direct from Newark to Dubai, from where passengers will be able to travel on Emirates or its sister airline Flydubai to more than 100 cities.

The two airlines announced the agreement on Wednesday at a ceremonial event at Dulles International Airport.

“Two of the biggest… airlines in the world are joining hands to fly people better to more places, at a time when travel demand is rebounding with a vengeance,” said Sir Tim Clark, Emirates Airline President.

“It’s a significant partnership that will unlock tremendous consumer benefit and bring the United Arab Emirates and the United states even closer.”

Airlines in the GCC were previously in a dispute with US carriers over unfair competition.

United Airlines, along with American Airlines and Delta, argued that Gulf carriers had received government subsidies that go against Open Skies agreements.