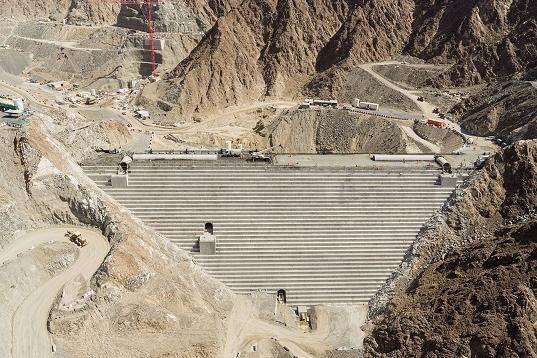 The utility said in a press statement that the 250-megawatt pumped-storage hydroelectric power station is being built at an investment of 1.421 billion UAE dirhams ($387 million).

The statement said the first 37-metre-high Roller Compacted Concrete (RCC) wall at the project’s upper dam has been completed, and work is currently underway on the 70-metre main dam wall. The project also includes a 1.2-kilometre subterranean tunnel, which connects the two dams

DEWA said the project supports the Hatta Development Plan, which includes the construction of a 5.4-kilometre cable car route to the summit of Jebel Umm Al Nisour, the highest natural summit in Dubai at 1,300 metres, and Hatta Sustainable Waterfalls, which will use the slope of Hatta dam to create a waterfall.

DEWA had awarded the construction contract for the project to a consortium that included Strabag AG, Strabag Dubai, Andritz Hydro, and Ozkar in August 2019.  Électricité de France (EDF) is the consultant of the project, which is scheduled to be commissioned by February 2024, according to previous statements issued by the utility.