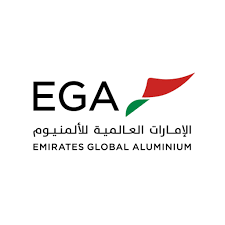 Emirates Global Aluminium (EGA), the largest industrial company in the UAE outside oil and gas, has announced that the company is to develop a project to manufacture silicon metal in the UAE, securing supplies of a key raw material for ‘premium aluminium’.

This will unlock the potential new industries in the UAE in line with the goals of Operation 300bn and Make it in the Emirates, the company said.

Silicon metal is added to aluminium during the casting process, to create high-strength alloys required particularly in the automotive industry. Roughly a quarter of EGA’s production is foundry alloys, which are used to make vehicle parts.

Silicon metal is also an essential raw material for other industries, including silicones which are used in everything from adhesives to contact lenses, and high-purity silicon which is used to manufacture solar photovoltaics and semiconductors. The UAE is expected to become a significant market for solar photovoltaics with its ambitious goals to expand solar power generation capacity, including to meet EGA’s demand for cleaner energy. Domestic supply of silicon metal could create the opportunity for a local solar photovoltaics manufacturing value chain to develop.

Abdulnasser Bin Kalban, Chief Executive Officer of EGA, said: “Developing a silicon metal manufacturing facility would secure our supply of a strategic raw material. Once we have met our own demand we could expand further, creating a new growth opportunity for our company while supporting the development of new local industries in line with the goals of Operation 300bn and Make it in the Emirates, and the global energy transition. We could begin construction of a silicon metal plant as soon as next year.”