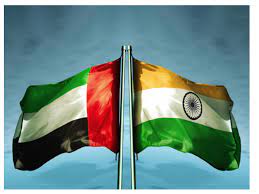 Even as the summer holidays end for educational institutions in the UAE, airfares from popular Indian destinations to the Emirates remain sky high, expatriates and travel agents have said.

In some cases, several families currently in India are waiting until the ticket prices drop so they could return home to the UAE, travel agents revealed.

Airlines have also boosted their capacity as Covid-19 restrictions have ended. Dubai and Mumbai have already been spotted as the world’s busiest, in terms of airline seats, according to a recent report by aviation consultancy OAG.

Moreover, agents have said that ticket prices to Dubai from South Asian destinations are high as the Emirate is currently hosting the Asia Cup. One-way airfares from destinations such as Karachi in Pakistan also average at Dh960 on flydubai and Dh1,185 on Dubai’s flag carrier Emirates airlines.

However, prices from Kerala sector destinations remain unaffordable for the commoner, said aviation expert and managing director of Smart Travels Afi Ahmed. “Kerala is due to celebrate its annual harvest festival Onam on September 8. We’re seeing prices dip only after September 10,” said Ahmed.

“Many families are stuck back home as they cannot afford the return tickets. In some cases, families have chosen to stay behind, celebrate Onam and return to their jobs in the UAE,” he explained. Onam is an important festival for Malayalees in Kerala and those living abroad.

The cheapest one-way fares from South and North Indian destinations on September 1, according to travel aggregator SkyScanner.ae, are as follows:

Airfares from North and West Indian destinations only taper to an affordable amount after September 9. However, airfares from South Indian sectors to UAE continue to average at Dh700 until the end of September. Off-peak tickets from India are usually priced at Dh200 to Dh300.

Raheesh Babu, group COO of internet travel agency Musafir.com, said, “One-way prices are unusually high during this time. Usually, the prices are supposed to drop during the first week of September. From South Indian destinations, Onam could be the main reason for the high prices.

“This year, the number of travellers to India was very high as Authorities largely removed Covid-19 restrictions; that could also explain the high prices.” He added, “Other than families, several general public members, including blue-collar workers, have also travelled to India and are awaiting return.”

Aviation authorities in India have removed the price caps on domestic airfares starting today (Wednesday, August 31). Earlier this month, the civil aviation ministry stated that “After review of the current status of scheduled domestic operations viz-a-viz passenger demand for air travel…it has been decided to remove the fare bands notified from time to time regarding the airfares with effect from 31.08.2022.” This would significantly impact people planning to fly out during the festive season.

Last week, the Delhi High Court asked a representation from the Directorate General of Civil Aviation (DGCA) to hear a writ petition challenging the exorbitant prices of air tickets on flights operating between Gulf countries and India.

The petition, filed by Delhi-based political group Kerala Pravasi Association, challenged Rule 135(1) of the Aircraft Rules, 1937, stating that it is vague, arbitrary and unconstitutional. The petition on behalf of the non-resident Indian group was filed by the Supreme Court advocate and managing partner at KMPN Law, Kuriakose Varghese.

Kerala sector flights are among the most expensive, said Rajendran Vellapalath, the chairman of the Kerala Pravasi Association.

Varghese said, “The writ challenges Rule 135 (1) of Aircraft Rules, 1937. The pricing of airfares has to adhere to certain reasonable limits. Based on what the Court has ruled, we will find a representation for the DGCA and take matters forward from there.”