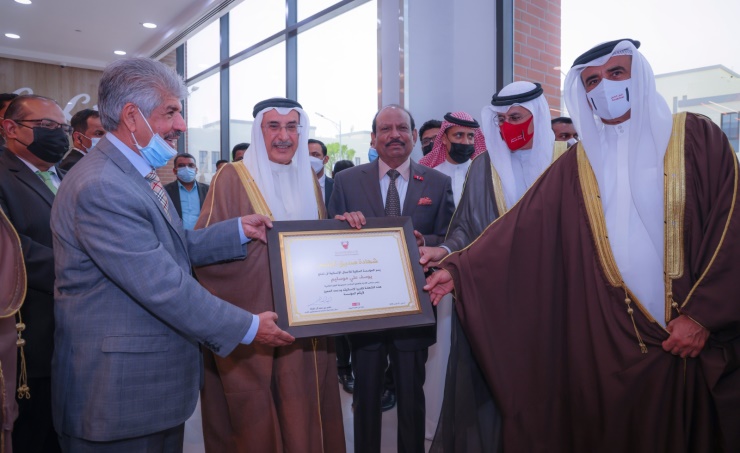 Manama, Mar. 23 (BNA): As part of the community development projects, Lulu Group, one of the leaders in retail sector, has joined hands with the Housing Ministry and opened its first LuluXpress Fresh Market, adding a new dimension Lulu Group’s commitment to serve the newly developed areas in the Kingdom of Bahrain.

“I would like to take this opportunity to extend my gratitude to HM the King and the Crown Prince for granting me the first Golden Residency in the Kingdom of Bahrain. I am very thankful and humbled.

“’Today we launched LuLu Cares’ campaign to support the Royal Humanitarian Foundation where when our customers reach the counter, our staff will prompt them to donate any amount that they desire to give towards the RHF. It is the social responsibility of everyone to generously come forward towards this noble cause,” he said.

He said that through this special CSR project, every shopper at all LuLu Hypermarkets in Bahrain can donate any amount big or small towards the “LuLu Cares” charity drive and this collection shall be used by the RHF for the welfare of orphans in their care.

With the Holy Month being one of the busiest shopping seasons in the region, the Group is hoping to help Bahrain’s public contribute to a noble cause.

“This is the 10th branch of Lulu Hypermarket we opened and from here we will go to areas where there are new communities – It is in line with the vision of the government of Bahrain to develop the community areas as population is increasing.  We are coordinating with the Housing Ministry to reach out to the communities in new housing areas. It is our new slogan, instead of people coming to us, we must reach out to the people. So, there are four more branches to be opened soon and more projects will follow.”

He said that the Lulu Group had five projects in the pipeline which got delayed due to the pandemic.

“The outlet is managed and operated by all female staff. So far we have had hypermarkets and this is the first time introducing this concept of Lulu Xpress. Here some new concepts are introduced like self-checkout counters,” he said.

The 2,000 square metre stores will serve the community with a range of groceries, fresh daily produce such as vegetables and meat as well as an in-house bakery and the popular Lulu Hot Foods range of freshly prepared food.