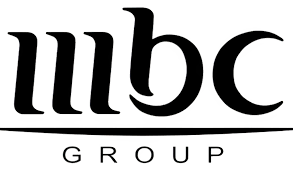 The colorful inaugural ceremony was held in the presence of Acting Minister of Media Dr. Majed Al-Qasabi, Minister of Transport and Logistics Eng. Saleh Al-Jasser, Chairman of the Board of Directors of the MBC Group Waleed bin Ibrahim Al-Ibrahim, and several prominent figures including media professionals and officials.

Addressing the ceremony, Al-Ibrahim expressed his happiness over the comprehensive renaissance and remarkable development that Saudi Arabia is witnessing under the wise leadership. He also highlighted the unlimited support being extended by the leadership for the sectors of culture, creativity, media and entertainment.

Al-Ibrahim said: “We are working with determination to make the MBC Group one of the most prominent international media organizations. The coming years will witness global activities that draw their story from the Arab history, inspired by its slogan from the saying of Crown Prince Mohammed bin Salman: ‘Our ambition is the sky.’

A video, featuring the MBC Group’s brilliant television career spanning over three decades, was presented on the occasion. The Saudi-owned MBC Group (Middle East Broadcasting Centre) moved its base of operations from Dubai to a new complex in Riyadh.

Saudi Arabia introduced its first channel, MBC 1, in London in 1991 and it moved to Dubai’s Media City in 2002. In 2020, MBC Group signed an agreement with Saudi Minister of Culture Prince Badr bin Farhan under which MBC shift its headquarters to Riyadh as a hub for its 24-hour news channel Al Arabiya and its breaking news channel Al-Hadath.

MBC Group is poised to become — in gradual phases spanning over the coming five years — a cornerstone in Riyadh’s new creative zone for art, media and entertainment.