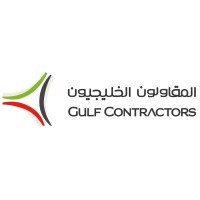 GCC, founded in the year 1988, is a name synonymous with innovation and excellence in civil engineering and construction. Our success is exemplified by the sheer breadth of projects accomplished, spanning a wide spectrum, right from infrastructure, defense and leisure to industrial, commercial and residential. We have spread our excellence from our headquarters in Abu Dhabi, UAE to become a name to be reckoned with not just in the nation, but also across several countries in the Middle East.

The company has, along the way, played a vital role in the development of the UAE’s infrastructure, while emerging as a competitive name in the region. From just a single contract of AED 3 million in the founding year, we have grown the turnover over the past three decades to a staggering AED 5.0 billion (USD 1.35 billion), thereby setting the pace for quality, progress and distinction. The phenomenal growth of GCC and the ambitious plans for the future signify our ranking as a premier contractor that is all set to scale greater heights.