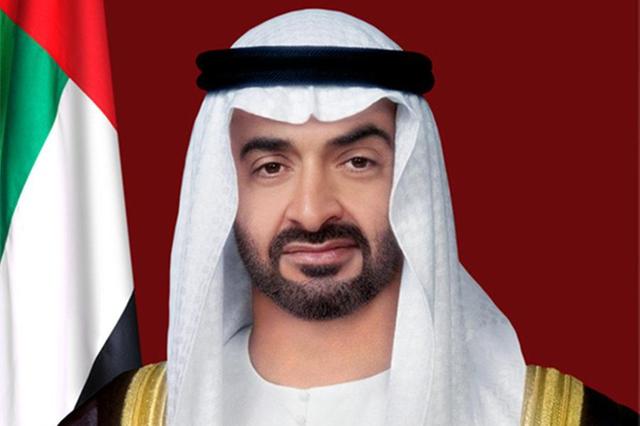 The journey of President His Highness Sheikh Mohamed bin Zayed Al Nahyan is characterised by giving, support and universal initiatives to advance the health sector of the UAE and the entire world.‎ President His Highness Sheikh Mohamed’s directives and visions are the foundation of the country’s initiatives, financial contributions and field projects to support health and medical programmes, implement vaccination campaigns and provide vaccines worldwide.

The COVID-19 pandemic is one of the toughest modern challenges faced by the world, and His Highness Sheikh Mohamed’s stances and positions have demonstrated his noble humanitarian approach, as he supported everyone, built hospitals, and provided vaccines, established humanitarian cities and dispatched aid to the entire world without discrimination.

Since the start of the pandemic, the UAE was among the first countries to launch initiatives that helped mitigate the global crisis, constituting 80 percent of the international response to affected countries.

The UAE evacuated the nationals of many friendly countries from the Chinese province of Hubei, the epicentre of the pandemic, and transported them to the Emirates Humanitarian City in Abu Dhabi.

President His Highness Sheikh Mohamed is one of the key contributors to the initiatives to eliminate neglected tropical diseases (NTDs), such as polio, malaria, guinea worm disease, river blindness and lymphatic filariasis.

In 2017, he launched the Reaching the Last Mile Fund, which is a 10-year fund worth US$100 million to eliminate river blindness and lymphatic filariasis. In 2018, the fund provided over $13.5 million to treat both diseases and train more than 76,000 healthcare workers.

President His Highness Sheikh Mohamed has established the “Reach Institute” in Abu Dhabi, in partnership with the Bill and Melinda Gates Foundation.

Furthermore, as part of His Highness Sheikh Mohamed’s initiative to eradicate polio worldwide, the UAE Pakistan Assistance Programme (UAE PAP) has provided, from 2016 to September 2021, 583,240,876 doses of the polio vaccine to over 102 million children in Pakistan.

According to the management of UAE PAP, the campaign, in light of the outbreak of the COVID-19 pandemic, has offered 127,664,157 vaccine doses against the disease to children in Pakistan from July 2020 to September 2021.

Over the past decade, President His Highness Sheikh Mohamed has provided over $450 million to improve the health of people worldwide.

The UAE is among the largest donors to programmes aimed at eradicating malaria, including the RMB Partnership to End Malaria, a global platform for coordinating international efforts to rid the world of malaria.

The UAE also leads in results-based management and has contributed to new operational research and other advocacy to eliminate the disease, helping achieve a significant decrease in malaria cases and deaths over the past 15 years.