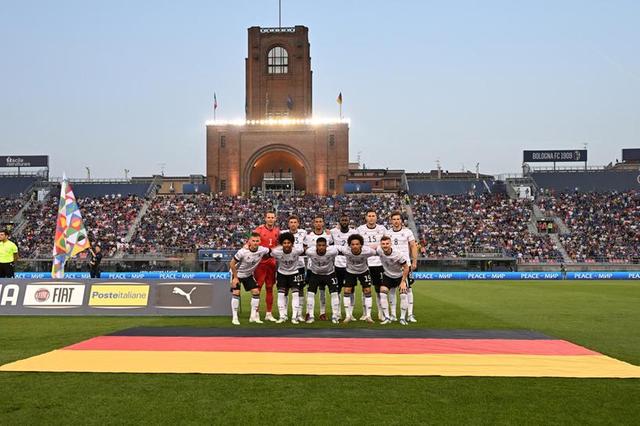 Ahead of their 2022 Qatar World Cup campaign, four-time world champions Germany will be setting up a short training camp in Dubai.

The German national football team, managed by Hansi Flick, will arrive in the emirate on November 14 as the championship kicks off on November 21.

The team will hold a four-day training camp before travelling to Doha on the night of November 17. The Germans will begin their quest to win the 5th title against Japan in the Group E league matches on November 23.

The German national team had previously visited Dubai before the 2010 World Cup and faced the UAE national team at Al Maktoum Stadium.

Major international clubs and teams choose UAE to set up their camps during the summer or winter break, due to the availability of modern sports facilities and advanced training centres.

Argentina will be based in Abu Dhabi as they prepare for this year’s World Cup. The two-time World Cup winners will play friendlies in the capital as part of their preparations for what is likely to be superstar Lionel Messi’s final chance to win the trophy — he will be 35 by the time the tournament kicks off.

After taking on Japan on November 23, Germany will battle against one of Europe’s other elite countries in Group E, as they go up against Spain in their second fixture on Nov 27.

They will then face the winners of the playoff match to be played in June between Costa Rica and New Zealand on December 1.