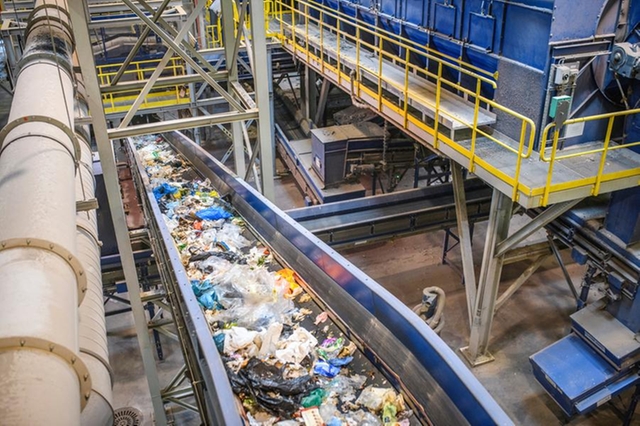 Currently, it is estimated that it will take $60-85 billion invested across four key value streams, plastic, concrete and cement, metal, and bio-waste over the next 20 years to meet targets throughout the GCC region, according to a new report by Boston Consulting Group (BCG) in collaboration with the World Business Council for Sustainable Development (WBCSD).

The recent launch of Rebound Plastic Exchange will spur trust and quality assurance amongst buyers and sellers in the GCC, providing companies and nations with a vital benchmark for their capacity to adopt and trade quality assured plastics, equip them with frameworks to facilitate exchange, and highlight the tangible benefits of transparent plastic trading.

The report, titled “Recycling in the GCC: Securing Valuable Resources for a Sustainable Future”, finds that the GCC generates between 105 and 130 million tonnes of waste per annum, and that the $85 billion investment stronghold would cover design, collection, sorting, and recycling investment across these four key waste streams.

As the host of COP28 next year, the UAE has an opportunity to not only drive climate action at home but also to set an example to the world. Hosting the International Solid Waste Association (ISWA) World Congress in 2023, Oman will certainly build on the momentum by attracting key stakeholders to the region.

The Kingdom of Saudi Arabia (KSA) and the UAE together account for approximately 75% of the region’s waste, which accentuates the joint WBCSD-BCG study. Under the theme, “Chemistry in Action: Shaping a Sustainable Future,” the 16th Annual Gulf Petrochemicals and Chemicals Association (GPCA) Forum, taking place from 6-8 December 2022 in Riyadh, KSA, will attract global and regional leaders in the chemical industry to discuss designing more sustainable value chains through collaborative ventures.

The forum will host the inaugural Gulf Petrochemicals and Chemicals Association Symposium under the slogan “Delivering our Plastics Circularity Ambition” to provide a platform for collaboration and knowledge exchange towards a plastics circular economy.

The Gulf Petrochemicals and Chemicals Association (GPCA) represents the downstream hydrocarbon industry in the Arabian Gulf. Established in 2006, the association voices the common interests of more than 250 member companies which include Borouge, QAFCO, among others. The industry makes up the second largest manufacturing sector in the region, producing over $108 billion worth of products a year.

Dr Abdulwahab Al-Sadoun, Secretary General, GPCA, commented: “Plastic waste – when harnessed and managed properly – has significant value which can be tapped into to drive our circular economy efforts. Plastics also perform better when compared to alternatives when it comes to GHG emissions. According to a recent study by McKinsey & Co. there are few viable alternatives to plastics in food packaging applications, with plastics having a lower GHG impact in 13 of the 14 non-plastic alternatives analysed. This is thanks to its Inherent properties which help to drive down CO2 emissions in many modern applications today.”

In fact, where poor plastics disposal practices can threaten human health, its sustained recycling could cut carbon dioxide emissions by 10 to 12 million tonnes each year and reduce primary energy consumption by around 4% overall.

Yet at present, low GCC recycling rates are leading to losses of large volumes of recycled plastics, which have crucial applications, such as in construction, medicine and food packaging.

Plastic consumption in Qatar is still currently capped at 145.8 kg per capita, out of which a mere 1% is recycled. The highly anticipated global football event is currently expecting 1.5 million visitors this quarter. A series of workshops were held to provide local organisations and businesses with tools to host the upcoming wave of participants and prevent single-use plastic consumption from snowballing . Current plans to seize 60% of all waste produced during the football season for recycling will act as a clear differentiator.

Today, the UAE plastic recycling market is forecast to reach 1.44 million tonnes by 2030, and could greatly benefit from neighbouring Bahrain, a state that bolsters material recycling (MRF) and plastic (PRF) recycling facilities but lacks feedstock.

Increasing waste circularity aligns with environmental and economic benefits since recycling was proven to create over 50 times as many jobs as landfills and incinerators and translates to at least 200 – 300 thousand jobs in the GCC by 2040.