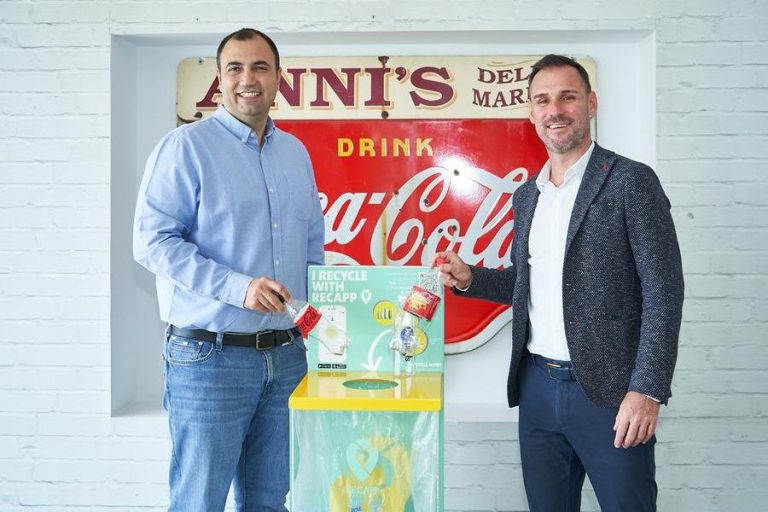 This is done through an innovative recyclable collection scheme that enables segregation at source and diversion.

This collaboration follows Coca-Cola supporting the launch of Recapp, a recycling service developed by Veolia, the global benchmark company for ecological transformation, as a pilot in 2021 as Circle Coalition partners.

To mark the renewed partnership, recycling bins have also been deployed at the Coca-Cola Middle East offices in Dubai to encourage the recycling reflex at the workplace. Plastic and aluminium waste collection is a new step for Recapp that aims to collect more recyclable waste generated into business areas and Coca-Cola Middle East is the first company to pave the way in this area.

Commenting on the partnership, Jérôme Viricel, General Manager of Recapp at Veolia Middle East, said: “The Recapp app, launched by Veolia, offers a convenient and rewarding solution to recycle from home, encouraging the development of sustainable communities in the UAE.

“Recapp is now launching a new service for businesses such as office collections for plastic, cans and paper, retail collections to help restaurants and retailers in their recycling journey and create a local circular economy, and a school programme to spread awareness to the young generations.”

Tolga Cebe, Vice President & General Manager Middle East, The Coca-Cola Company added: “This partnership is in line with our ambitious global World Without Waste vision to help collect and recycle the equivalent of every bottle or can we sell by 2030. That’s why a key piece of this vision is to collaborate with partners on meaningful solutions. Recapp will help make recycling easier and more accessible for communities, whilst promoting a sustainable lifestyle and developing a circular economy.”

The celebration of this partnership marked an important milestone in the Recapp journey to celebrate 27,000 downloads of the app and the collection of 280 tonnes of recyclables since its launch in November 2020.

Recapp empowers each individual in their recycling process by offering an easy and efficient way to schedule pick-ups for plastic bottles and aluminium cans. After segregating recyclables from general waste at home, residents can simply download the Go Recapp application from the App Store or Google Play, and schedule a pick-up time at their convenience.

Recapp will then collect the recyclables from the user’s doorstep and recycle them, completely free of charge. Each time a user recycles, points are accumulated based on the weight of the collected recyclables, and the user can redeem the points with Recapp’s reward partners.