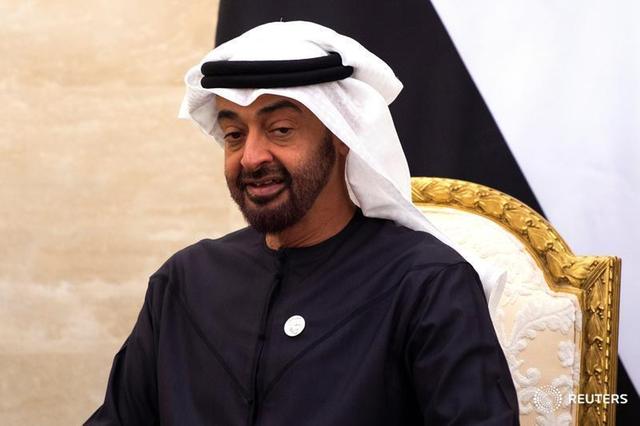 The UAE President, His Highness Sheikh Mohamed bin Zayed Al Nahyan, has been instrumental in transforming the UAE Capital, Abu Dhabi, into a global centre of art and culture.

The iconic Louvre Abu Dhabi is a defining achievement, which is now a haven for creatives. The Capital, with several world-class spaces for art and artists, is today a glowing example of a 21st century city. The opening of Zayed National Museum and Guggenheim Abu Dhabi in the future will add more feathers in its cap.

Back in the early 80s, the Capital had two venues for artists: The Cultural Foundation and the National Theatre. Those two centres, both opened in 1981, were hubs for artists to showcase their works.

The National Theatre, the region’s biggest auditorium, staged plays, screened movies, and hosted conferences and exhibitions. The Cultural Foundation housed the first National Library, along with a performance auditorium and an exhibition centre. And in 1996, the Abu Dhabi Music and Arts Foundation was established, supporting artists and cultural industry.

The city’s art scene witnessed radical transformation in the past two decades or so, mainly coinciding with Sheikh Mohamed becoming the Crown Prince of Abu Dhabi in 2004. Several major projects were launched, and Abu Dhabi began to host international summits, conferences, exhibitions drawing top names from across the world.

The first Abu Dhabi Festival was founded in 2004 and generously granted the patronage of Sheikh Mohamed. The festival of ‘Bilad Al Khayr’, the land of blessings, the land of Zayed, embraced the values of dialogue, tolerance, respect and peace.

In 2007, the first edition of Abu Dhabi Art took place at Emirates Palace under the patronage of Sheikh Mohamed. Abu Dhabi Art delivers a year-round visual arts programme that includes art installations and exhibitions, residencies and events, culminating in an annual art fair each November.

And in the late 2000s, several major steps were taken highlighting the new cultural vision of the leadership. The Cultural Foundation was closed for renovation and another mega project was launched: Saadiyat Island’s Cultural District.

The 27-sqkm natural island, a few minutes’ drive from the downtown Abu Dhabi and 20 minutes from the airport, is now a world-class cultural hub housing the world’s largest single concentration of premier cultural assets, including the Louvre Abu Dhabi. It will include Zayed National Museum and Guggenheim Abu Dhabi in the future.

Let’s look at some of the key institutions that are promoting art and culture in Abu Dhabi:

In 2007, the UAE and France forged a partnership for cultural exchange. The partnership resulted in the creation of Louvre Abu Dhabi. The iconic museum reflects the UAE’s bold vision of cultural progression and openness, with France’s expertise in the world of art and museums. Louvre Abu Dhabi fosters a spirit of openness between cultures. This art lovers’ dream displays works of historical, cultural and sociological significance. Louvre Abu Dhabi champions cultural achievements from prehistory to the present day. The galleries are not separated by geography but set in chronological order. The aim is to encourage respect, curiosity, learning and self-reflection.

The inaugural Culture Summit was held in 2017. Through a series of panel discussions, keynotes, presentations, screenings and conversations, Culture Summit Abu Dhabi harnesses the expertise of attending intellectuals, artists, educators and creative professionals to examine urgent contemporary issues. The summit sees participation of eminent personalities from the cultural and creative leadership, representing government, artistic, heritage, educational, scientific, technical and charity work sectors from all over the world.

In 2015, Warehouse421 was opened in Mina Zayed. It is a cultural space that encourages artistic expressions, and supports the perceptive processes, in order to reinforce the UAE’s creative community. It is a platform for art and culture, design and creativity, performance and music, from UAE-based, regional, and international artists, designers and cultural practitioners. Working in collaboration with local, regional and international entities, the centre seeks to support the development of the UAE’s creative ecosystem through learning, research and commissions. Committed to supporting emerging talent from the UAE and the Middle East and South Asia, Warehouse421 takes a collaborative approach in hosting and curating exhibitions, presenting and contextualising local and regional research and cultural practices in an anti-disciplinary space.

The under-construction museum will tell the story of the late Sheikh Zayed bin Sultan Al Nahyan, the Founding Father of the UAE, and will celebrate his achievements. The galleries are inspired by Sheikh Zayed’s values and beliefs in education, conservation, the environment, sustainability, heritage and culture, as well as his humanitarianism and strong faith. The museum will also provide a comprehensive overview of the natural and human history of the UAE. It will encourage a greater understanding of the culture and geography of the country and its connection with the world. Visitors will learn about changes to the environment over millions of years and the formation of resources that, through time, have influenced society, trade and economic development. They will explore evidence of the human habitation of this area from 200,000 years ago to the present.

Located in the heart of the Saadiyat Cultural District, the future Guggenheim Abu Dhabi museum is a collaboration between the Department of Culture and Tourism – Abu Dhabi and the Solomon R. Guggenheim Foundation. The museum programme, including collection displays, special exhibitions, commissions, research and publications will promote expansive views on the global histories of modern and contemporary art. Set to be the region’s pre-eminent museum of global modern and contemporary art, Guggenheim Abu Dhabi fosters a deeper understanding of how different art perspectives have shaped the interconnected histories and cultures of our time. The museum presents a global collection with a specific focus on West Asia, North Africa, and South Asia.