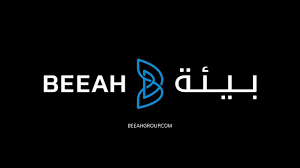 The SRF facility will transform commercial residue waste into a high-quality alternative green fuel in cement factories, where the fuel will be injected into the kilns during production.

Speaking about the new facility, Daker El-Rabaya, CEO of BEEAH Recycling, said, “This recycling facility realised the twin benefit of reducing carbon emissions for the cement production industry, while increasing landfill waste rate diversion. It is a huge leap forward for our recycling business, which has been focused on working towards a circular economy and zero-waste to landfill. Now, we are furthering our impact by producing specialised green, alternative fuels.”

“BEEAH Recycling has always aimed to set a new standard for integrated zero waste solutions, pioneering recovery of valuable material from virtually all types of waste in the region. Through advanced recycling techniques, we are shaping a circular economy and demonstrating that it is not only environmentally beneficial but also financially viable. The SRF facility follows a purely commercial model that is fully independent of gate fees,” El-Rabaya added.

The SRF Facility’s waste processing model is the first of its kind in the region. It produces an alternative green fuel that is high-value, low moisture and low in chlorine content, which is a more sustainable and lower emissions alternative to coal that is typically used in cement production. The SRF facility currently has a production capacity of 85,000 tonnes of alternative green fuel every year, which amounts to 250 tonnes per day.

Sharjah Cement, which is located close to BEEAH Recycling’s Waste Management Complex, has entered an agreement to receive 73,000 tonnes of alternative green fuel from the SRF facility every year.

Pravinchandra Batavia, CEO of Sharjah Cement, said, “We are excited to enter this agreement with BEEAH Recycling. By using this high-efficiency green alternative to coal, we will be able to meet production targets effectively, and move closer to our sustainability goals while supporting a circular economy and contributing to lower emissions.”

Prior to beginning operations, the SRF facility underwent hundreds of tests over two years. Using residue from commercial waste and other BEEAH Recycling facilities, the SRF has already produced hundreds of tonnes of alternative green fuel for trial firing. Tests were also conducted at various international laboratories to verify viability and quality standards.

The SRF facility is BEEAH Recycling’s latest effort to minimise waste being diverted to landfill, contribute to the circular economy, and produce lower emission, waste-derived alternative fuels. By continually enhancing its waste processing facilities and diversifying into waste-derived fuels, BEEAH Recycling is realising zero waste to landfill and creating a sustainable, circular economy model in the UAE, the region, and beyond.