UAE expat drives 8,000km from Dubai to France to get car specs changed 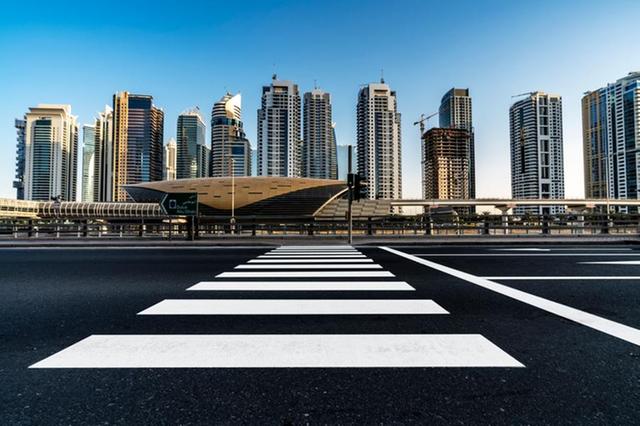 8,000 kilometres. 21 days. 12 countries. A little over $2,000. Meet French expat in Dubai, Clement Piard, who went on an epic adventure, driving to France from Dubai in his Golf GTI car.

It was almost two years ago that the 25-year-old adventure lover had moved to the UAE for work. Earlier this year, he spent weeks driving across Saudi Arabia in a bid to learn Arabic.

A desire to take his car to France and meet friends he had made while living in Dubai en route to his destination is what compelled Clement to set off on the epic adventure.

What started out as a comical discussion during a gathering with friends eventually caught fire in his mind. “I was showing them on Google Maps the way to drive to my hometown Cain from Dubai,” he said.

“We all laughed and moved on. However, I couldn’t get the idea out of my head. I loved my car and I wanted to take it to France to get it changed to European specifications there. The only way to do it is to put the car on the boat. However, the car could take up to three months to reach there and it would cost me $3,000. So, I thought, I had free time. I wanted to travel, meet people, and enjoy the experience. Why not?”

Having driven across Saudi, Clement had made friends in Jubail. So that was his first stop. “I knew I could stay with my friends there,” he said. “So, on the first day, I set off at 8am and reached my destination around 8pm. That was around 900 kilometres. That is the longest I drove at one stretch throughout my trip. It was Ramadan and I joined my friends for iftar and some traditional Arabic hospitality.”

After two days at Jubail, Clement set off for Kuwait, where he slept the night in the car, before driving on to Iraq. That is where he hit his first roadblock.

At the Iraq-Kuwait border, Clement was turned back. “When I checked with the embassy here, I was told I could get a visa on arrival,” he said. “However, when I got there, the border guards were having none of it.”

A dejected Clement travelled back to Kuwait where he applied for a visa at the Iraqi embassy. He drove back to Saudi Arabia and waited. “I got a call from Kuwait. My visa had been stamped.”

Once he got the visa, he entered Iraq. “I met the same guards at the border who had refused to let me in earlier,” he said. “They were actually really happy to see me.”

He hoped to meet his friend from Dubai Mohammed in Iraq. “Mohammed lived in Baghdad,” said Clement. “However, I was so exhausted. I had spent around 9 hours at the Iraq border. And I had been driving around and sleeping in the car the previous couple of days. I didn’t have the energy to drive to Baghdad that day. So I stayed the night with a friend of his in Basra and then set off to meet Mohammed early next day.”

Clement spent the next three days in Baghdad with Mohammed, celebrating Eid Al Fitr. “It was the time that all my expectations about Iraq completely changed,” he said.

“People there were so welcoming and so hospitable that I really enjoyed myself. No one allowed me to stay in a hotel. Mohammed and his family just welcomed me into their home as if I was their own.”

From Baghdad, Clement travelled to Mosul to proceed to Turkey. Here, he hit another snag.

“At Mosul, my car refused to start,” Clement said. “It was something I had not anticipated at all. A friend of Mohammed’s came to look it up and fixed it up for me.”

From Mosul, Clement went to Turkey. After another 8-9 hour delay at the border, he was tired and fell asleep in the car, after parking on the side of a highway. When he woke up, the car wouldn’t start again. “I got a mechanic who tried to help me,” he said.

The mechanic managed to get the car started but warned Clement that his vehicle needed some urgent repairs. “I couldn’t get it in the small town where we were, so he advised me to go to the city,” he said. “That is how I drove to Gaziantep. There I found an amazing mechanic who worked on my car for t days.

“I stayed in a hotel in Turkey for all those days. Thankfully, the hotels there were pretty affordable. When I went to pick my car up, it was good as new. It cost me $500 in repairs, but it didn’t give me any trouble after.”

From Turkey onwards, Clement had a fairly easy drive. From Bulgaria he drove to Serbia, Croatia, Slovenia, Austria and Germany. Despite being riddled with allergies, Clement persisted until he finally reached France.

This was the time when he finally told his parents that he was coming home. “When I arrived, I parked my car, my parents looked shocked,” he chuckled.

“They asked me all sorts of questions. I showed them Google Maps and they said, ‘don’t tell me you crossed Iraq’. I still haven’t told them the full story of my trip or all the problems I faced. If I do, they may just ban me from travelling out of France altogether.”