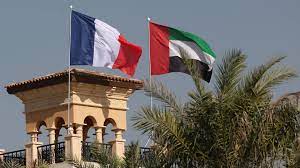 During a phone call, the two sides discussed cooperation relations between the two friendly countries, especially with regard to defence and military issues and ways to further develop them to serve the mutual interests of both sides.

The meeting also touched on a number of regional issues of common interest.

Al Bowardi congratulated Lecornu on the occasion of assuming his new duties, and wished him success in his role.

He also praised the efforts made by former Defence Minister Florence Parly during her tenure, wishing her success in her future assignments.