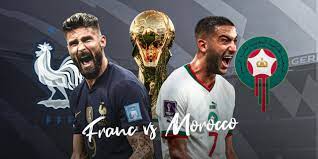 The stage is set for a spectacular World Cup semi-final, and football fans in the UAE will be whole heartedly cheering for Morocco as the ‘Atlas Lions’ take on defending champions France on Wednesday night.

Morocco became the first ever African-Arab nation to come this far in the tournament, and on their way, they stunned big names like Portugal, Spain, Croatia and Belgium.

Khaleej Times reached out to football fans to get their reactions ahead of the battle royale. Ayich Abdullah, a fan who resides in Dubai, pointed out that Morocco reaching the semis isn’t just a stroke of luck.

“Let’s not call it ‘upset’ anymore if we beat France in the semis, we are the favourites now and the world has seen it,” said Abdullah. “Morocco being in the semi-final isn’t just about luck, but their hard-work and dedication is something people don’t give enough credit to.”

Morocco might have to play without their captain Romain Saiss, who stretched-off against Portugal in the quarterfinals. But the star vowed to ‘do everything’ to make the historic World Cup semi-final against two-time champion France.

Ayman, a Morocco fan from Algeria, is proud of his neighbouring country.

“It’s amazing how well Morocco is doing in the World Cup, and we are rooting for them to go all the way to win it.”

Moroccan fans believe their team will be firing on all cylinders to beat ‘Les Bleus’ and create history. Odds have been stacked against this fearless Morocco side throughout the World Cup. Despite drawing with World No. 2 Belgium along with last edition’s finalist Croatia, coach Walid Regragui’s men topped their group aced into the knockout stage.

Gharib, a Moroccan expat, said he is super-pumped for the occasion.

Abdel, who has a young mixed-race daughter, underlined: “Morocco’s victory at the World Cup was especially important to me as a father. I feel it’s important to celebrate Moroccan culture and achievements.”

Fans in the emirate are excited and they will be cheering their favourite teams from various fans zones unfurled across the city.