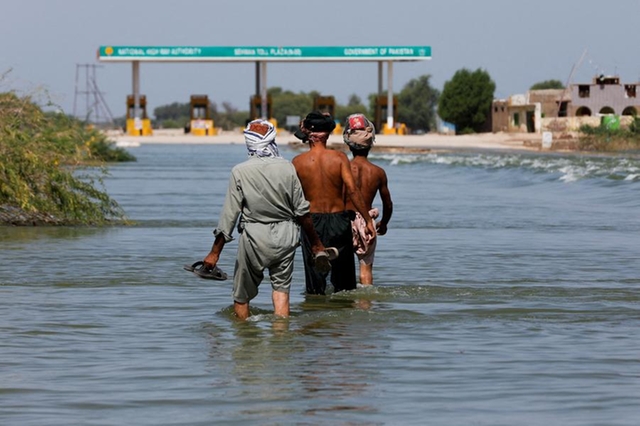 A charitable organisation that works for the upliftment of the Memon community around the world has succeeded in securing pledges of $500,000 for the housing rehabilitation of those affected by floods in Pakistan.

This was achieved by the World Memon Organisation (WMO) that held its biennial meeting in Dubai this weekend, while also marking two decades since it began operation. Over 300 delegates from nine chapters of the WMO from around the world attended the proceedings, which took place over three days.

“Most of our work is philanthropic,” said Salman Iqbal, President of WMO. “Our biggest contribution has been towards empowering women and pushing students of our community to study. Every year we educate around 20,000 students. In the last 20 years, we have collected and spent over 100 million dollars on education, healthcare and other projects to uplift the community.”

Memons are an ethnic group that originated from the northeastern part of the Indian subcontinent. Predominantly traders, there are officially over 2.5 million Memonis spread across the world, although the actual numbers are estimated to be much higher.

Giving back to the community

Apart from educating youngsters, the organisation has also been instrumental in providing necessary support to graduates to find employment. The WMO has organised several job fairs and workshops to support CV-writing skills and public speaking. The organisation also runs a vocational college in Karachi that teaches skilled labor to its students.

During the peak of the Covid-19 pandemic, the WMO had 25 mobile hospital units operating across India. It also runs a 135-bed multi-specialty hospital at Palghar in Mumbai.

Consisting of a ladies’ wing and a youth wing in addition to its main general body, the WMO has been instrumental in creating opportunities for the Memon community around the world.

This year the WMO has initiated a special program to help entrepreneurs to establish their businesses.

“We have been successful in raising funds of 10 million dollars,” said Khurram Kalia, the chairman of the Global Youth Wing of WMO. “Over the next few months, we will be inviting startup companies to pitch for funding, and we will award the most deserving of them with funds to further their businesses.”

The WMO has also begun a tree plantation project to plant 1.5 million trees in five years across several countries including the UAE. “We are in talks with UAE government agencies for this drive,” said Khurram.

A single mother struggling to raise three young children went from travelling by bus for almost an hour to being able to buy her own car, because of an opportunity given to her by the WMO.

“I was able to find a placement for her in a real estate company as a broker,” said Salman Iqbal. “Three months later, when she came to me, I couldn’t recognise her. She had completely transformed her life.”

The WMO’s ladies’ wing is headed by Shabana Abdul Razzak.

“I was one of the first ones in my family to finish university and go into the family business,” she said. “A lot of people look up to me, and it is important for me that more women are empowered.”

This weekend, the WMO ladies wing launched the women’s entrepreneurship conference, which brought together several female thought leaders from various fields to inspire others on how to follow their dreams.

“There are many women who want to achieve something but have no direction,” she said. “We are making sure that we give them this direction.”