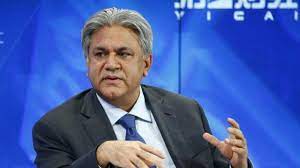 Dubai’s financial regulator said on Tuesday it upheld a $135.6 million fine on collapsed private equity firm Abraaj Group’s founder and former CEO Arif Naqvi “for his serious failings” in respect of the company.

Dubai-based Abraaj was the largest buyout fund in the Middle East and North Africa until it collapsed in 2018 after investors raised concerns about the management of its $1 billion healthcare fund.

Naqvi disputed the findings and presented his case for review by the Financial Markets Tribunal (FMT), an independent appeal tribunal.

The DFSA said at the time that the financial penalty will be stayed pending the decision of the FMT, while the ban on activities at the Dubai International Financial Centre (DIFC) will remain enforced.

The DFSA said on Tuesday that the tribunal issued its decision on Dec. 12, which upheld the DFSA’s findings and rejected Mr. Naqvi’s FMT reference.

It said the DFSA’s findings as set out in its decision notice, are final.