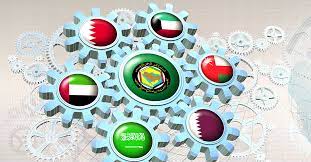 The GCC banks showed strong performance in their bottom lines in the second quarter of this year with net profits and assets reaching record levels, thanks to high oil prices.

According to Kamco Invest’s latest quarterly report released on Sunday, GCC banking sector net profits reached another record level of $11.1 billion (Dh40.7 billion) in Q2 2022, registering a quarter-on-quarter growth of 1.9 per cent and year-on-year growth of 31.9 per cent.

Junaid Ansari, head of investment strategy and research, said the increase in aggregate profits was mainly led by higher revenues for the sector coupled with a slight drop in provisions during the quarter. The growth came after aggregates for all the countries in the GCC reported an increase, barring Kuwaiti banks that reported a q-o-q decline of 0.6 per cent, mainly led by higher operating expenses.

Omani banks reported the biggest q-o-q percentage increase in net profits during the second quarter at 13.9 per cent followed by Qatari and Bahraini banks with a growth of 3.6 per cent and 3.2 per cent, respectively.

Growth in Saudi Arabian banks stood at 2.7 per cent, while UAE banks showed flattish net profits during the quarter.

“The gain in oil prices came as a windfall gain for governments and companies in the upstream sector enabling most governments in the region to report their first fiscal surplus in several years. This provided additional support to the economy enabling the government to spend on new projects and was reflected in the growth in banking credit facilities during the quarter,” said Ansari.

Crude prices have stayed above $100 per barrel since the fighting between Russia and Ukraine began in February. But energy prices have eased in August due to global recession fears and a slowdown in the Chinese economy.

Total revenues for GCC banks registered a healthy q-o-q growth of 4.8 per cent during Q2 to reach $24.9 billion, led by higher interest rates after central banks in the region hiked policy rates following the rate hikes by the US Federal Reserve.

As a result, net interest income increased by a strong 9.6 per cent to reach $17.1 billion. However, this increase was partially offset by a q-o-q drop in non-interest income that reached $7.7 billion in, Q2 registering a q-o-q decline of 4.5 per cent, Kamco said.

Total assets for the sector also reached a record high level of $2.8 trillion after increasing by 2.9 per cent during Q2 as compared to the previous quarter. Both conventional and Islamic banks witnessed a similar pace of asset growth during the quarter.

Customer deposits grew at a one-year high of four per cent to reach $2.2 trillion at the end of Q2 after aggregates for all countries in the GCC reported a growth. Saudi Arabia and UAE reported the strongest growth while Qatari and Omani banks reported relatively smaller increases.

Lending activity, on the other hand, remained robust during the quarter further strengthening the loan books at the end of the quarter.

According to Kamco Invest data, aggregate gross loans reached $1.8 trillion at the end of Q2, an increase of two per cent quarter-on-quarter and 7.4 per cent year-on-year.