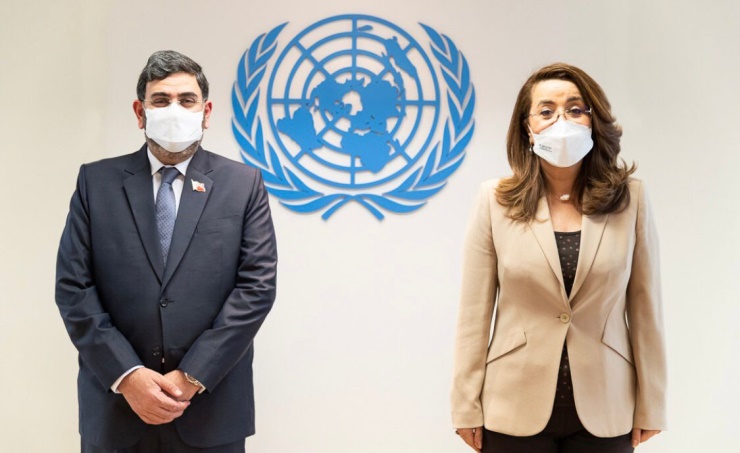 Al Alawi, stressed the Bahrain’s commitment to institutionalise the combat against trafficking in persons, in line with international standards and best practices.

He highlighted that these efforts stem from the vision of His Majesty King Hamad bin Isa Al Khalifa and  the support of the Government led by His Royal Highness Prince Salman bin Hamad Al Khalifa, the Crown Prince and Prime Minister.

Al Alawi reiterated the Government’s commitment to strengthen the ongoing efforts towards a safe and balanced-work environment built on cooperation among government entities and relevant UN agencies, with an overall aim to ensure the rights of all in the workplace.

Je discussed the role of the Regional Centre of Excellence and Capacity Building for Combatting Trafficking in Persons, which serves as a regional knowledge hub, in building capacities at the regional level for first responders dealing with victims and potential victims of trafficking.

The centre’s role in conducting scientific research and studies, as well as developing and delivering region-specific training programs, was also addressed.

For her part, the Director-General of the United Nations Office in Vienna, Ghada Waly, expressed her appreciation for the ongoing partnership with the Kingdom, in the field of combating trafficking in persons and exploitative practices in the workplace.

She highlighted that the Bahraini experience is a model for comprehensive anti-trafficking mechanisms at the local, regional, inter-regional and international levels.

Waly commended the ongoing partnership with UNODC, through which technical expertise and necessary tools are provided in support of the Regional Centre of Excellence and Capacity Building for Combating Trafficking in Persons.

She highlighted the regional role that the centre assumes in exchanging expertise in line with best international practices.